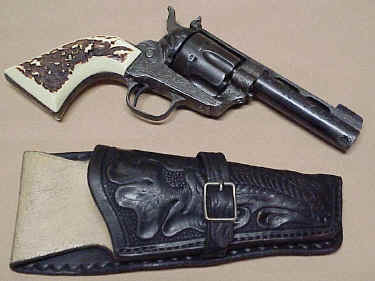 This 4 inch barrel revolver appears to be a Colt SAA Black Powder antique frame gun with serial number 92508, made in 1883. But some of it looks very crude in its' mfg. It has the early screw retainer for cylinder rod. It is chambered in .45LC and is marked on trigger guard and was being fired by the prior owner. The cylinder rear spacing has just enough room to allow half moon clips and .45ACP rounds. There seems to be traces of silver plating on the rear of cylinder. A vent rib with high front sight and adjustable rear sight has been added to barrel with small screws. The extractor rod, housing and screw bushing have been removed and early faux stag grips added. The hammer appears to be cast, but possibly just showing signs of old pitting, of the early style plus the hammer channel has a "J" inside. The gun has heavy and deep crude engraving and named "Little Joe." I bought it in Arizonaa few years ago. The holster fits perfectly and is subtle and deeply carved but unmarked. This gun has been on National TV when handled by astronaut Mark Kelly at one of our Saratoga Springs, NY Arms Fairs. The Story behind the gun; While working and staying in the Lake Mead area and while filming "Bonanza", Hoss had this made for "Little Joe" Cartwright for a birthday present! My sister actually rented their condo to the film company at that time period! I put the story to what I knew was true and I bought the gun. If you don't like my story, make up your own but the price is for the complete set. 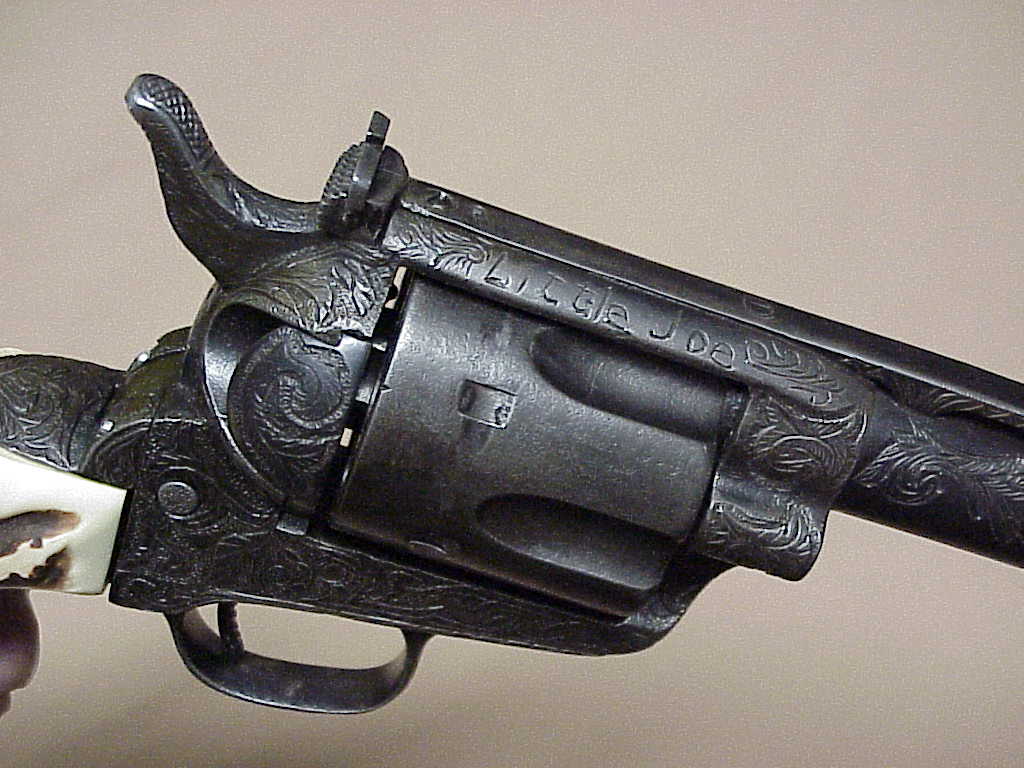 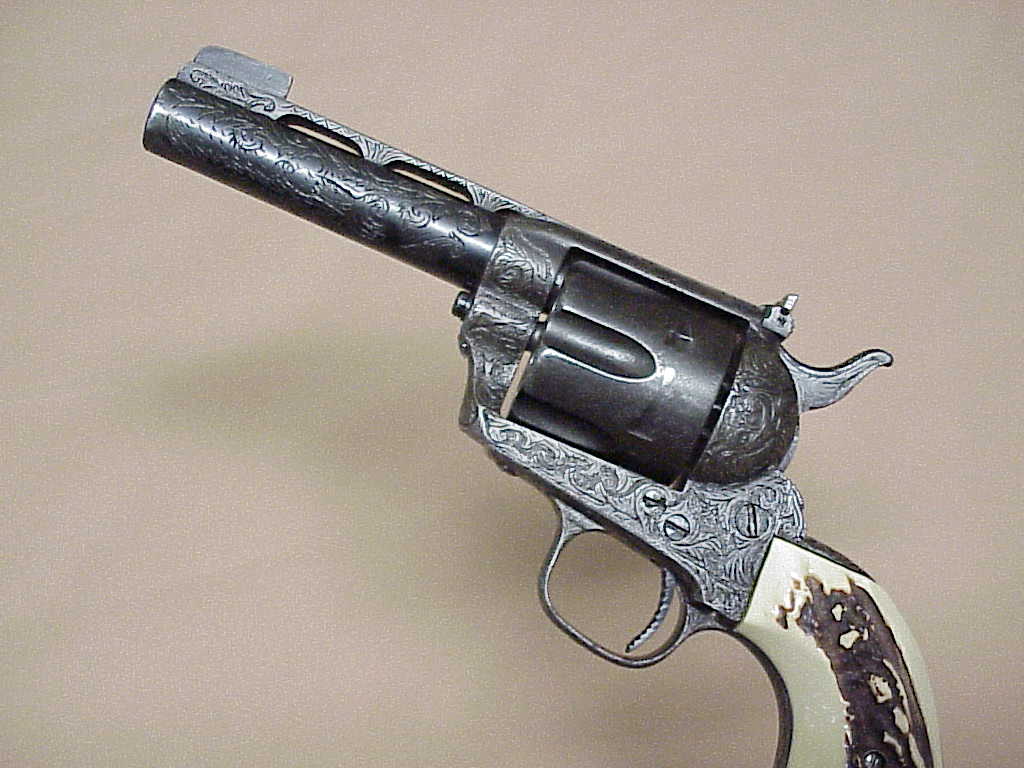 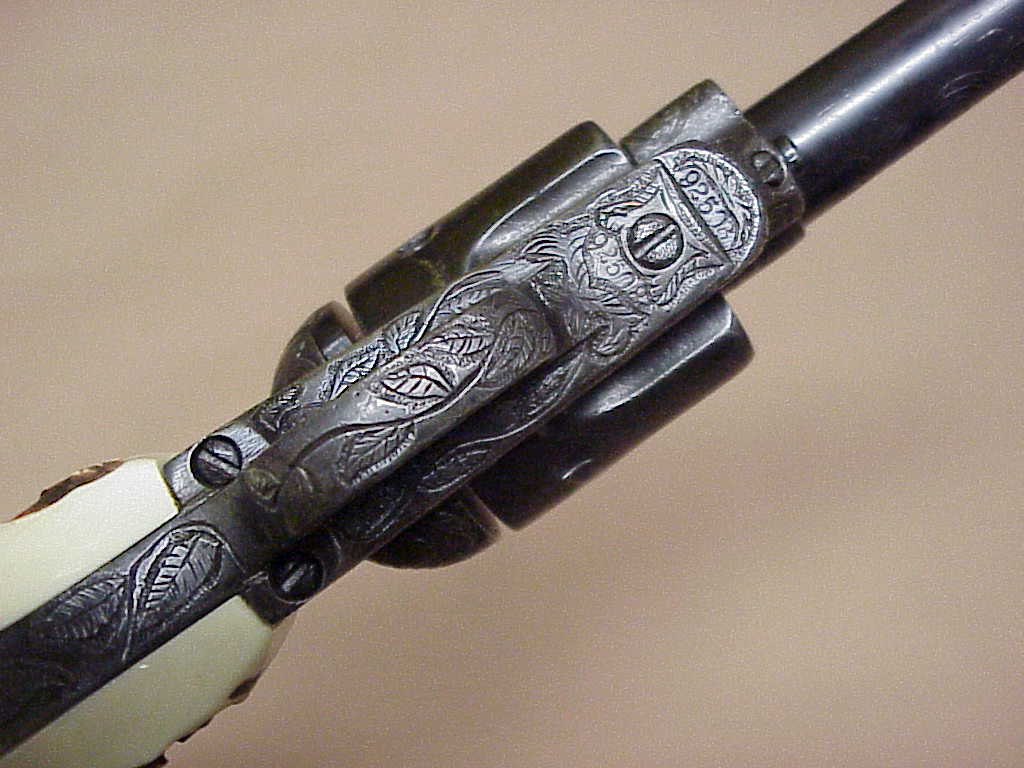 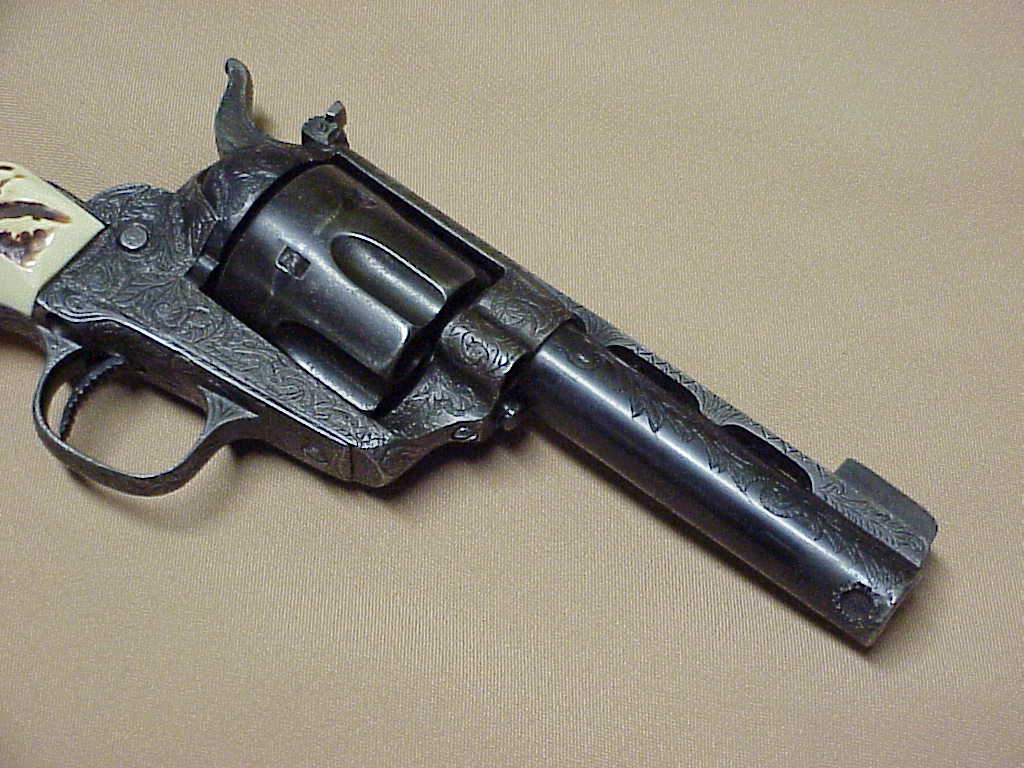