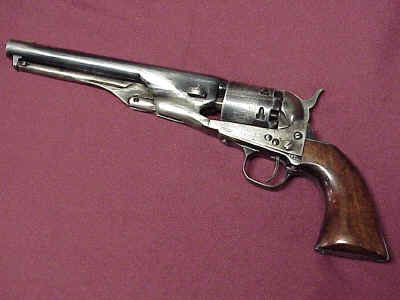 This is the authentic Colt 1861 Navy revolver that was made to look like an original Civil War Era weapon. In reality it is the same as the Signature Series Colt but was faked by changing the back strap and renumbering the parts to match the rest of the gun and the cylinder. Then "aged" a bit and pawned off as a real Civil War gun. It is a real Colt but one that was made a hundred years later. It surely does have "the look" and would make a nice wall piece for the den or office or re-enactor's gun on hip or display. I bought this a little too quick among a collection of antique guns but eventually worked out a satisfactory outcome. Well, now we have it here for sale for what it is, serial number 14409, .36 caliber Navy but as an altered Signature Series Colt. On closer inspection it appears unused and unfired. The only part changed was the back strap that had the "Signature Series" logo on it. This is priced to get my money back. 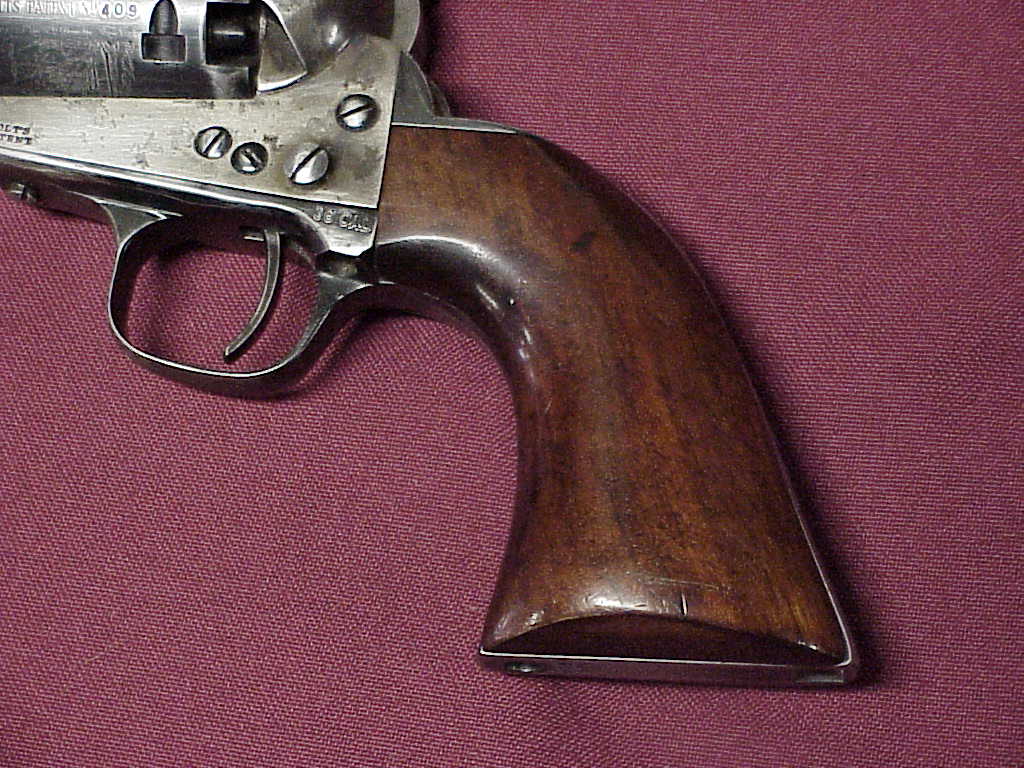 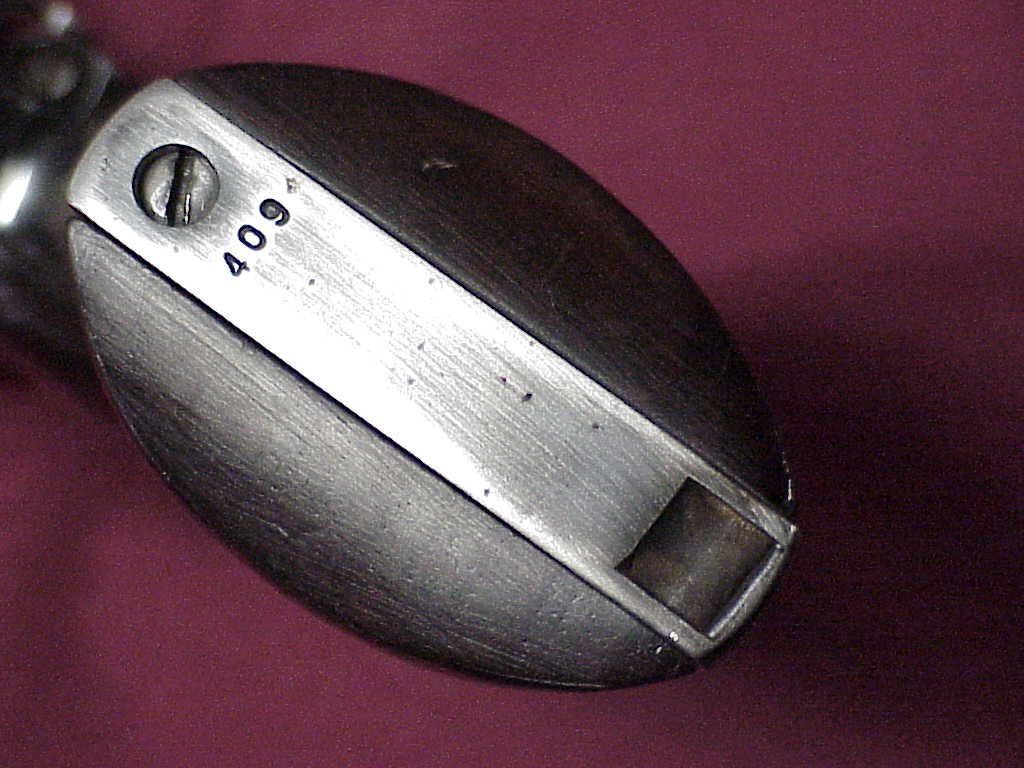