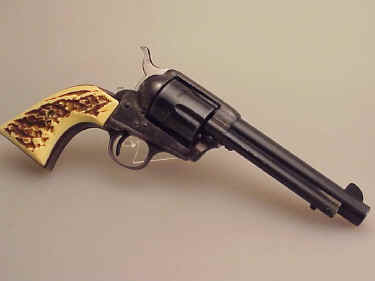 Colt Revolver, Single Action Army, Model 1873, First Generation and made in 1896. It has a 5 1/2" barrel, chambered in .45 Long Colt with case hardened frame and early stag-like grips with walnut spacers. The serial number is 174204. The widow of the prior owner states that the gun was returned to Colt for service in the mid 1950's but I can find no Colt markings to support this. The action is tight and crisp and there were some obvious improvements made. The barrel is marked "Colt Single Action Army .45" and the bore is excellent. The cylinder has a rampant Colt marking on rear and appears to be replaced. The hammer is of the later period without outline of checkering and the frame screws are as new condition. The case coloring has a graying shade and the grip straps are also graying. The bottom of grip strap has a two line matching serial number and also some applied cross hatching. Overall the gun looks, feels and operates great. It is in the Antique serial range but still requires an FFL in most States. 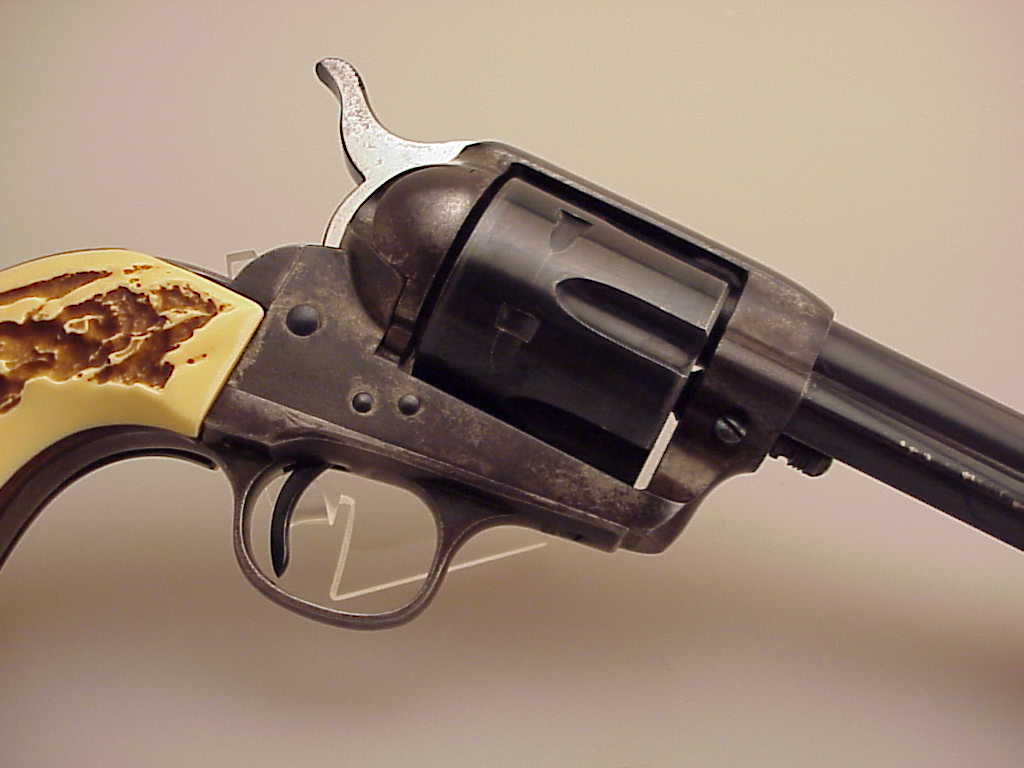 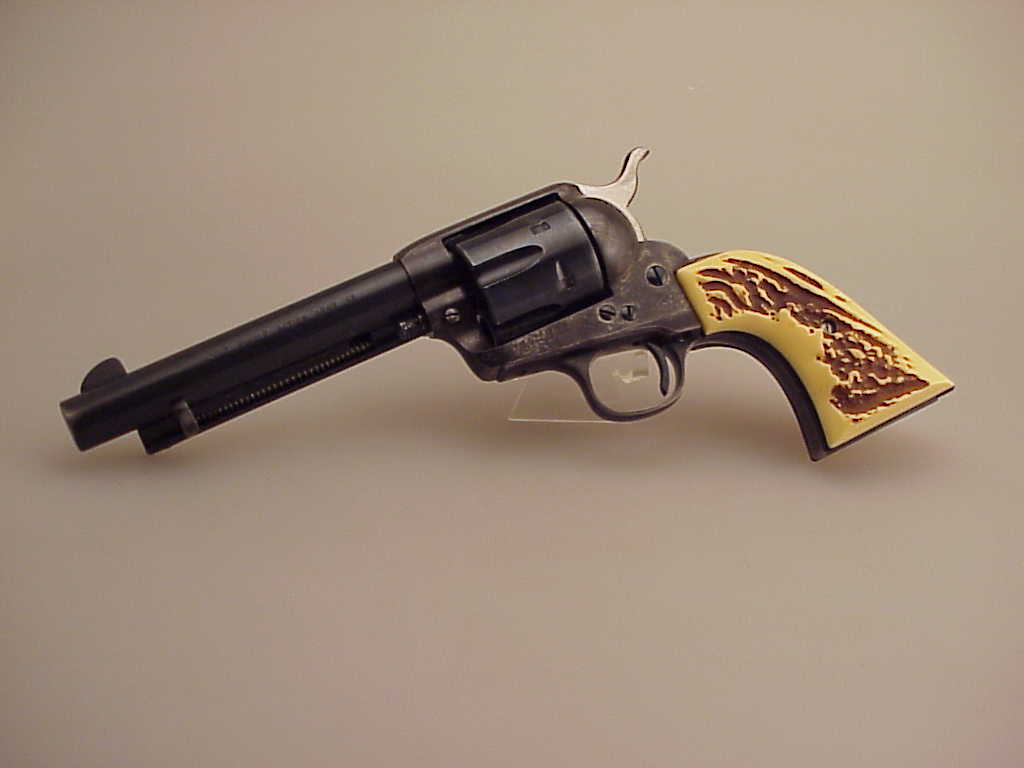 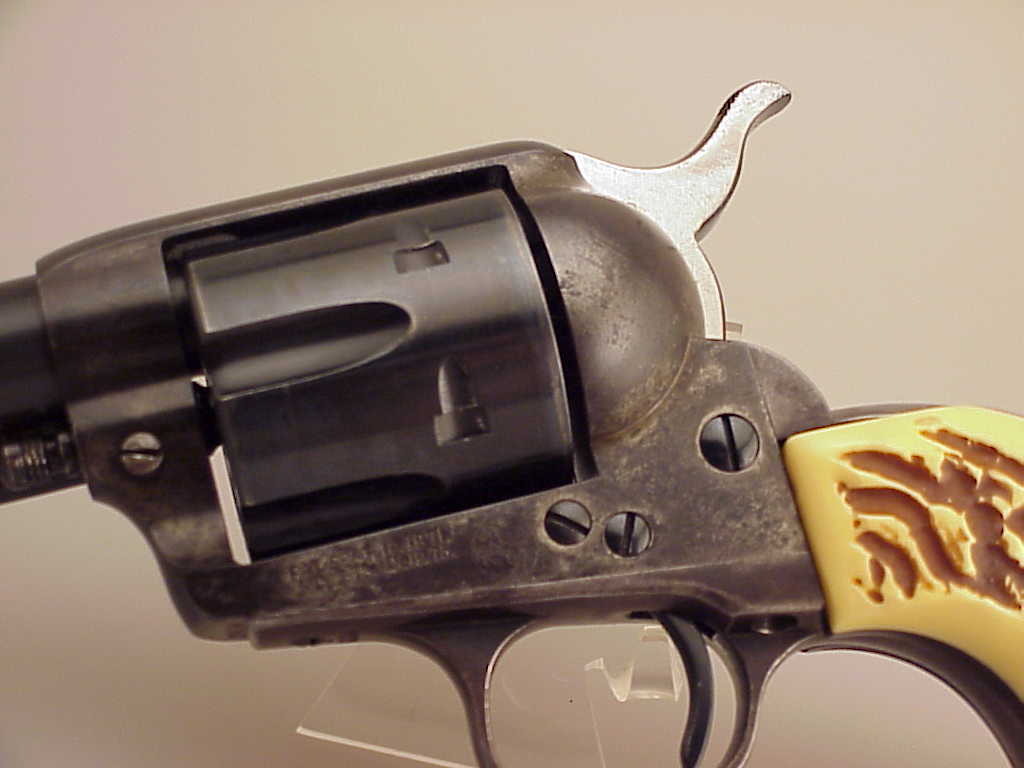