This Winchester Rifle has the large loop lever like the one on the TV show popular many years ago, "The Rifleman" and was also used on the John Wayne commemorative's. This is a Saddle Ring Carbine, Model 94 made by USRA in 1984 and has the shorter 16" barrel with the large loop lever that was popularized by "twirling and cocking" while on the run by those movie stars. It is chambered in the larger .32 Winchester Special cartridge and comes in the original box with paperwork. The left receiver side is engraved with a Canastota Wagon with scrolls on the right and the gun is unfired and unused. This is a fine piece with very dark almost black bluing and is in as new condition BUT it was evidently sprayed with some sort of protector inside the action. For some reason it appears this spray acted like a rusting agent (which I thought was rust on the lower frame) and there is some pebbled bluing loss in several spots (see thumbnails). The serial number of this piece is 5107055 and the Catalog # is G9432WR, it has straight grain walnut stocks in new condition. 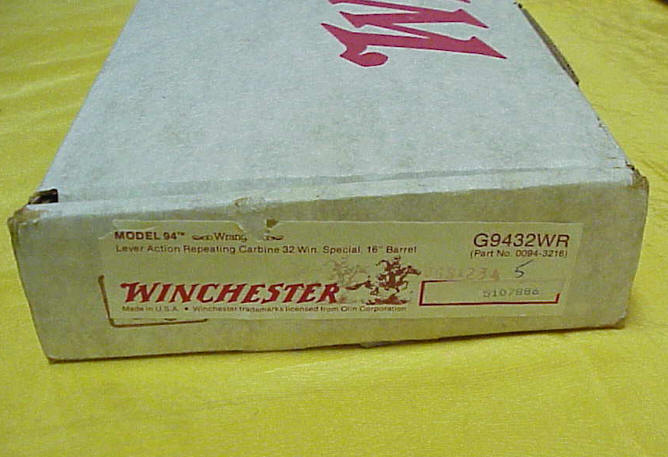 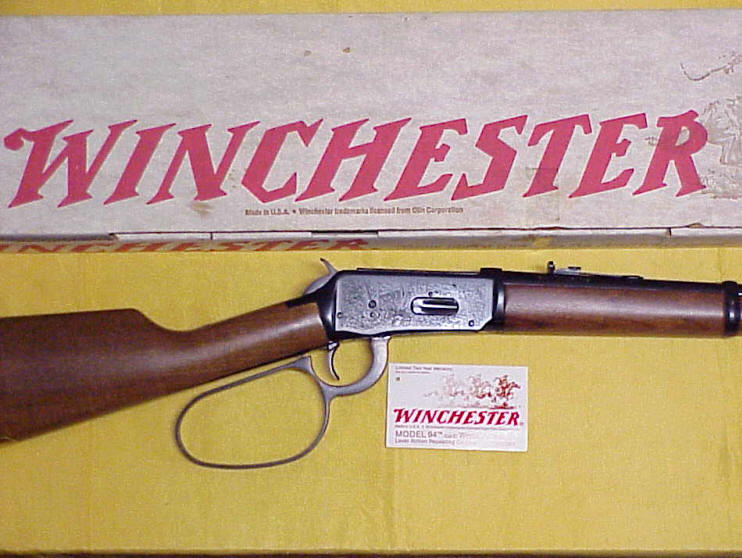 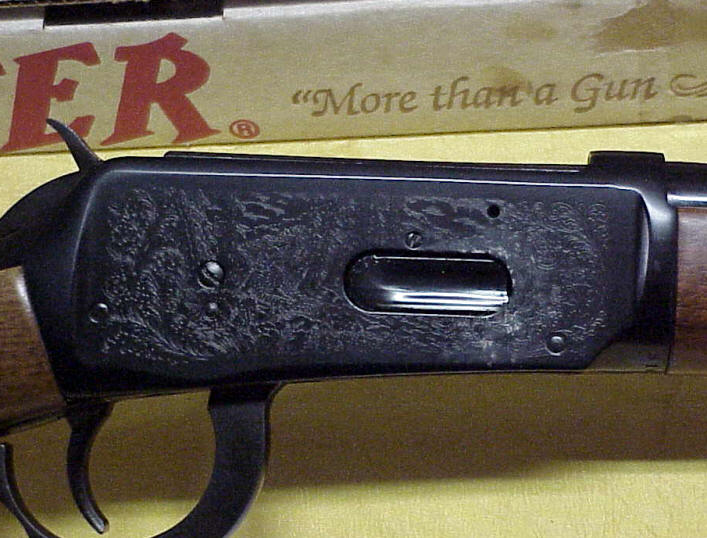 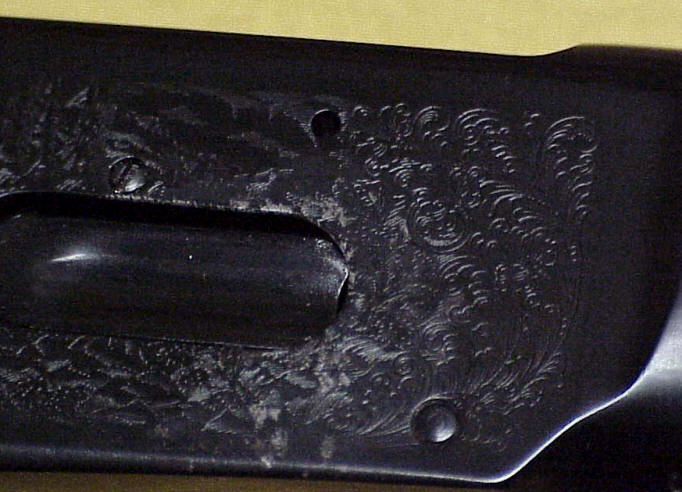 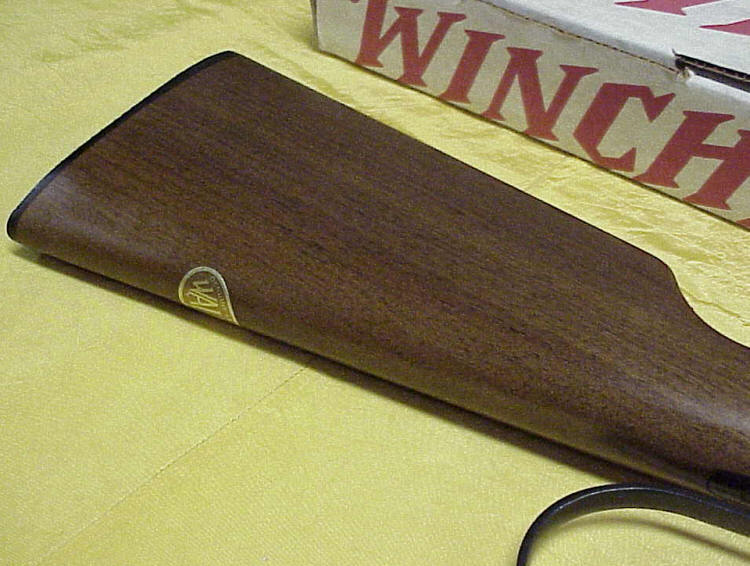