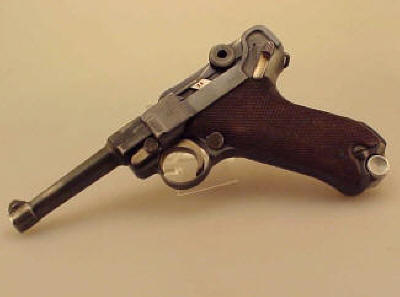 World War Two P-08 Nazi Lugar, 9mm, 1937 with code S/42 for Mauser Mfg. This is an exceptional condition gun but as has happened many times when two guns were taken apart side by side they were put back together with the wrong pieces. The # 8612 complete slide was put back on the # 3122 frame and the 8612 magazine installed into that. Use your own imagination as to how this occurred ... two GI's were cleaning the guns when word of an attack was coming ... quick scramble .... who knows? Both the guns were in the same fine condition and probably same vintage; who has its reverse twin? But at the time, who cared? The straw color on this early pre-war gun is nearly all intact, the only wear is from the holster on high edges. The Nazi marks are eagle over 63, the wood grips are sharp and excellent; overall a 97-98% gun. A very fine WW II collectible and if you have its twin, a real steal. 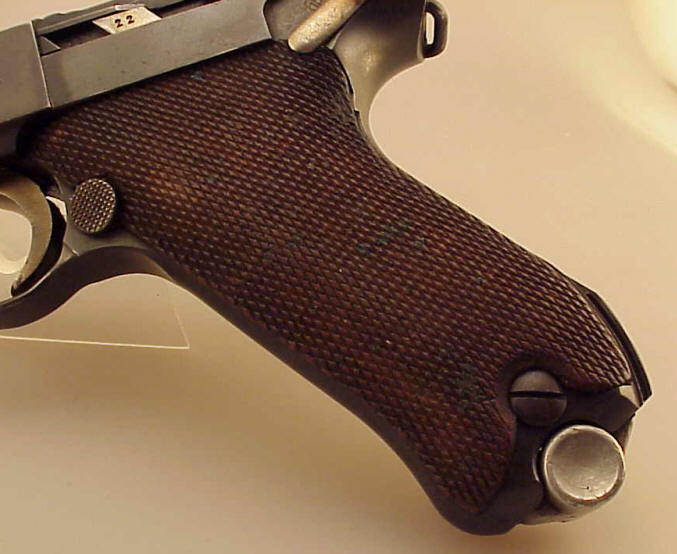 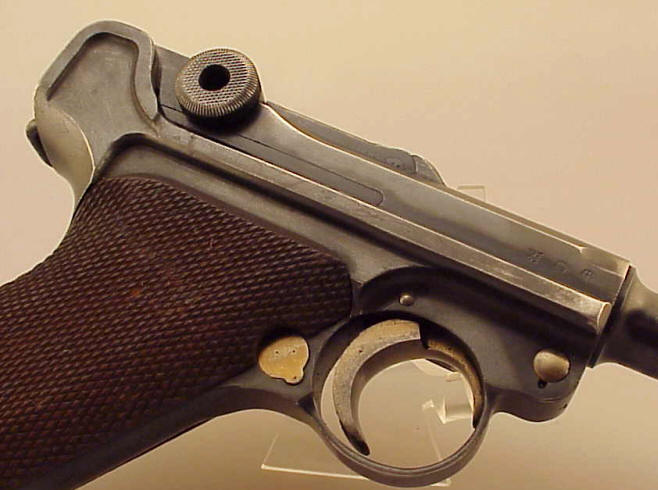 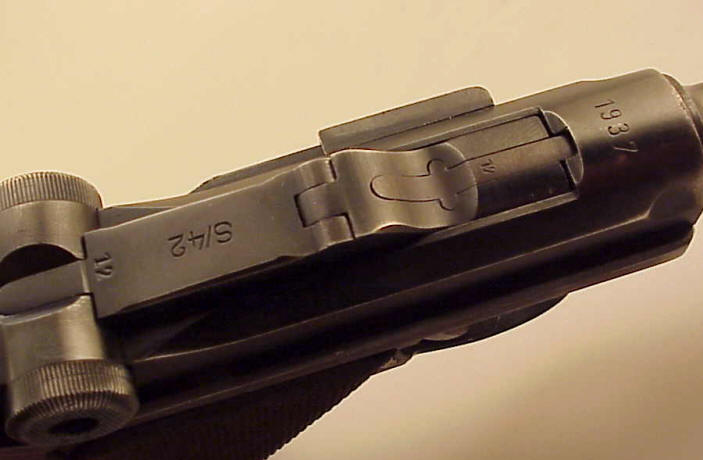 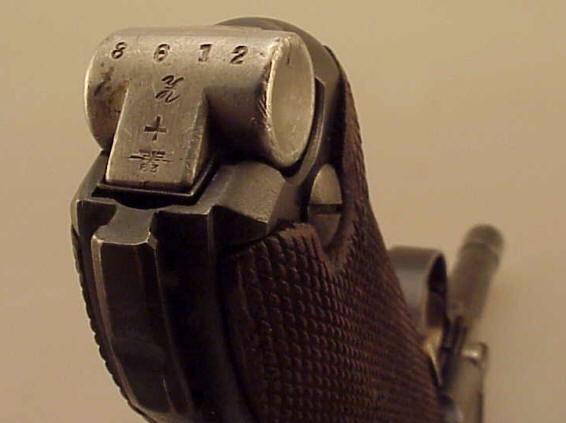 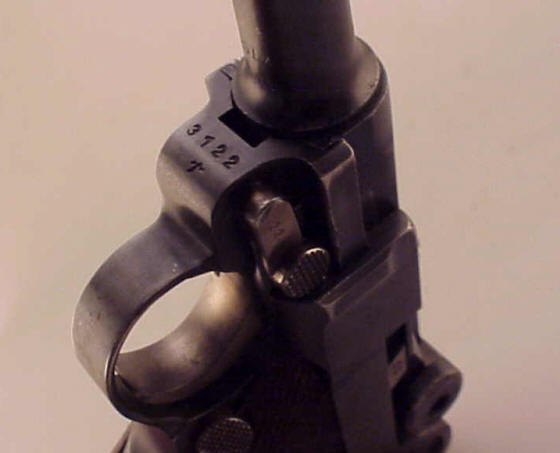 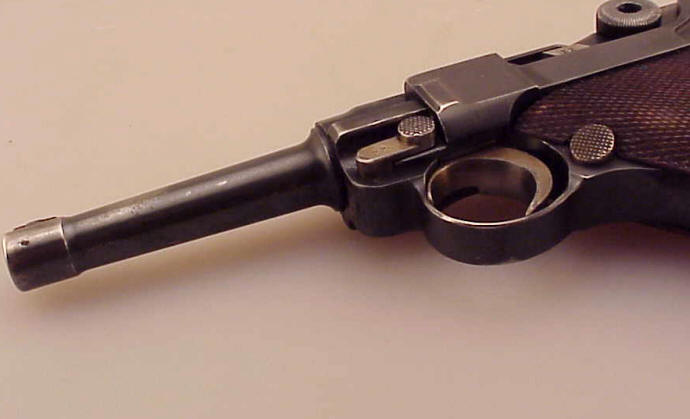